Posted on February 14, 2016 by theoutofboundsblog

The Dunk Contest Is Back

Last night in Toronto, two amazing discoveries were made.

Humans can sit on basketballs in the air. 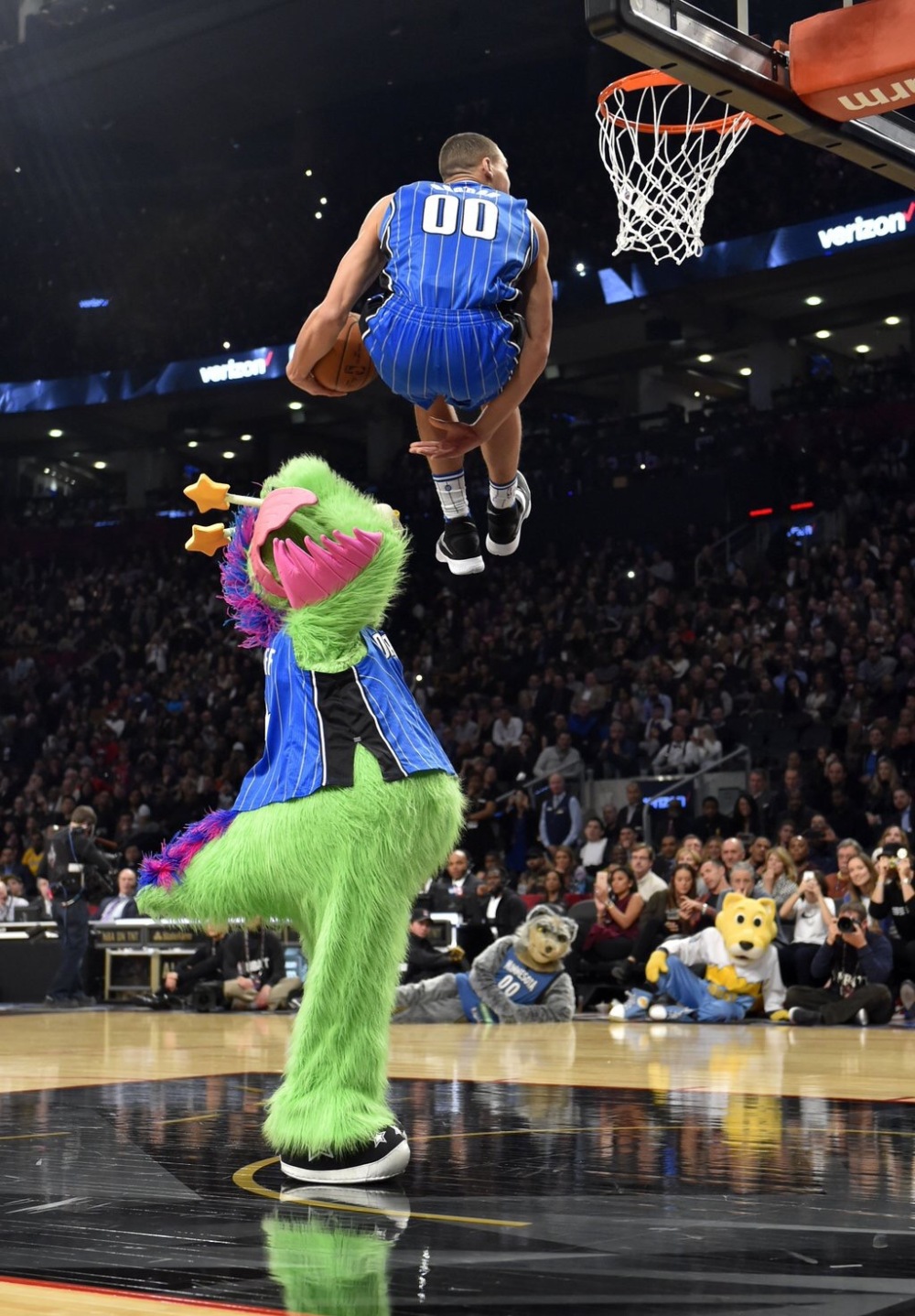 Aaron Gordon and Zach Lavine put on an aerial show of epic proportions at the NBA Dunk Contest in the Air Canada Centre. As I watched in Buffalo Wild Wings (don’t judge me), I couldn’t help but act a fool with each dunk, probably making the waitresses nervous, but could you blame me? After many years of mediocre to almost unwatchable dunk contests, (remember The Birdman debacle?) I thought Zach Lavine’s performance in last year’s contest was the best I’d see. Somehow, last night’s show by the Magic forward and Wolves guard made last year almost forgettable.

I watched J.R. Smith take on Fred Jones. I watched Jason Richardson win back to back contests doing things I thought weren’t humanly possible. I remember seeing Vincanity put his arm in the “whole damn rim”. My father had recordings of ‘Nique vs. MJ. The image of Dr. J with his flowing afro flying through the sky from the foul line in the ABA contest is etched in my memory (well, VHS memory). But last night, I believe I can say with confidence, that we witnessed the best dunk contest ever.